Bags and leather goods of the luxury brand Goldpfeil have long been considered a status symbol. The history of the label dates back to 1856. At that time, Ludwig Krumm established a manufactory for leather wallets. Soon, bags and luggage was added to the product line and exports to Russia and the United Kingdom started. 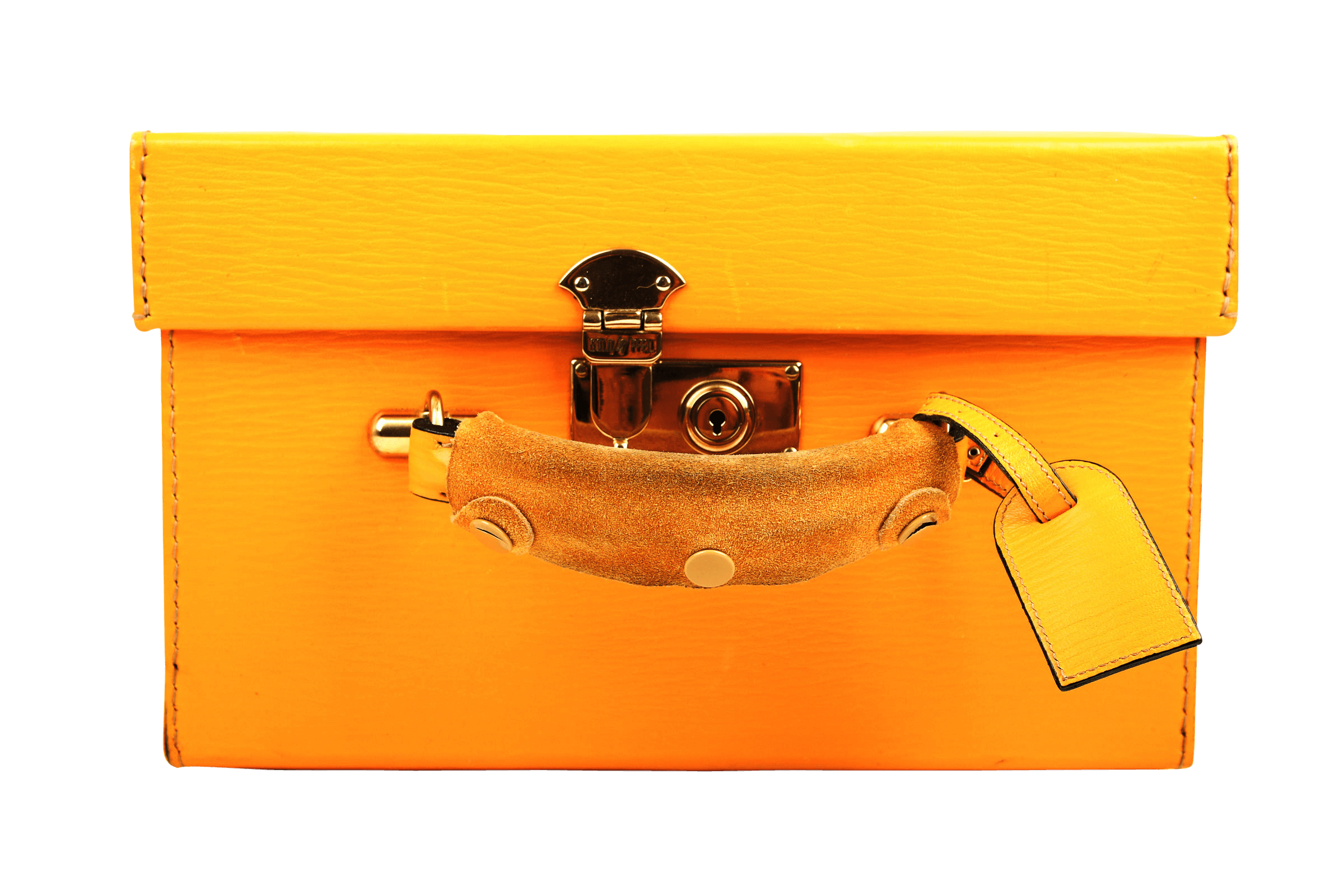 In 1913, in Offenbach (nearby Frankfurt/Main), a spectacular company building was inaugurated. At first, the name of the company was Krumm, after the founding father Ludwig Krumm. In the early 1920s, one of the founder's six sons moved to London to sell Krumm bags. In view of his overseas business, he suggested renaming the company into Goldpfeil, referring to the luxury railway called “Golden Arrow”. A trip with this train was then considered a symbol of exclusive style and sophisticated life. In 1931, the Lederwaren AG was renamed into Goldpfeil. Along with the name, the colors of the “Golden Arrow” were also adopted: green and gold. Ever since, each handcrafted piece is adorned with a small golden metal emblem.

Rise and decline of a giant

A remarkable 90% of the company’s business were exports. In the 1930s, Goldpfeil delivered their products to 56 countries. Incredible 20 percent of all leather goods exported from Germany were Goldpfeil products. At that time, first boutiques were opened in Germany.

During the Second World War, the production sites were almost completely destroyed, but were rebuilt. The economic impact of the company also resulted in political influence: In 1952, Heinrich Krumm organized a conference between the former Soviet leadership and West German industrial companies in Bonn. This meeting was the starting point for all later bilateral relations.

In addition to its own internationally recognized collections, the group also produced leather bags for renowned fashion houses. One of the licensees was from 1956 Christian Dior. From 1980, Goldpfeil focused on the luxury segment and withdrew from the mid-priced market. The mid-price market was from now on addressed by the acquired purveyor Mädler.

Goldpfeil’s global expansion continued rapidly. It opened branches in Beverly Hills and New York. With Jil Sander 1984 a license agreement was signed. The company, now known as EganaGoldpfeil-AG, organized design competitions in the eighties and published a distinguished customer magazine: The “Journal of the Joy of Life and the Exclusive Difference”.

Shortly before the turn of the century, Goldpfeil got into turmoil and changed owners several times. 150 years of tradition and exquisite bag making art made in Germany as well as 45.000 jobs were at stake. The complete disappearance of the brand was just a hair’s breadth away.

The arrow is golden again

Following the bankruptcy of the Group, Tchibo acquired the rights to use the label and has been marketing it sporadically rather than actively since 2011. Today, there is a small but fine collection of Goldpfeil bags again. Only recently, briefcases and women's bags with the golden arrow are back on the market and are coveted by connoisseurs. Bags of the old line have acquired collectors value and are highly sought-after items.

Even after more than 150 years, the exquisite leather goods impress with their innovative elegance and exquisite quality. Each bag looks like a unique masterpiece. Goldpfeil counts on the proven classics made in Germany: naturally tanned oxford leather and cowhide in different shades. Goldpfeil bags are hence an investment for a lifetime.